This time round, our Artistic Director Sara Lee and Project Leader Rex Horan are working with the CSO and Civic Fellows from the Civic Orchestra of Chicago to deliver a project with the young men at the Illinois Youth Center Chicago, and to work with a group of mothers who have lost children to gun crime to write musical tributes, on a project which will start in March and continue in May.

As in previous years, Sara will be posting update ‘postcards’ on our Facebook page – compiled below. 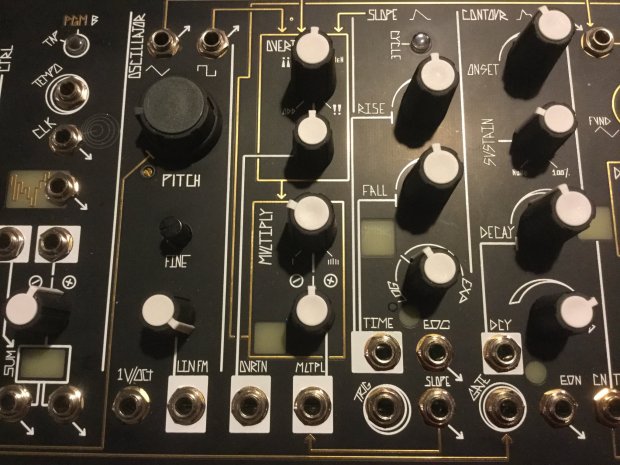 “Wow miss, we never would’ve learned so much today if yous people hadn’t been such good teachers. This is the best.”

Day 1 in IYCC brought real contrasts. One of the young men arrived, saying it was the first time he had been outside in the fresh air for weeks. We saw massive smiles on their faces as they heard the Civic Fellows play for the first time and as they sat in the band writing their first track. We also heard one of the saddest back stories we’d heard in ages.

The group is large, so yesterday we split it in two; less time with each group, but more one on one time, which they all really responded to. Having the Fellows with us adds so much musically, we’ve got the option of live string lines, brass hits and more. The young people loved it and there were promises of lyrics being written overnight which (hopefully) will materialise.

Today we see each group for 3 hours so will break the back of the song-writing for the gig on Saturday. So far so brilliant.

Today’s session began with a question we regularly get asked during our music projects, “how much does a 2007 Mercedes cost?”

Days 2 and 3 have now passed with a good deal of hard work, and due to the temperature in the room, much sweat but thankfully no tears. Group 1 has completed 2 tracks for the gig, miraculously they both have lyrics and the only thing more difficult than coaxing them into writing them was getting them on the mics to try them out.

How nerve wracking that can be shouldn’t be underestimated though, and one of the shyest lads had a major breakthrough when he just decided to go for it, receiving rapturous applause from the group.

Group 2 also have 2 tracks and we heard today that there’s some healthy competition going on, about who is going to be the best band on Saturday… The lads have been meeting and speaking about it overnight, so all sorts of tales have been fabricated about what each group has been up to. Group 2 has an additional song to contend with; Mr Byrd, the dep superintendent at IYCC has decided he wants in on the action so has prepared some spoken lyrics to go with a house beat we have written. He has also drafted in one of his security officers to rap the chorus.

The project at IYCC ended with an exhilarating gig on Saturday afternoon; our band of 30 young men and Civic/CSO musicians combined, raising the roof of the gym in (once again) tropical temperatures.

The week brought both challenges and delights, many of the former becoming the latter as the project progressed. A number of the challenges are to do with how the young men struggle to manage and contain everything that is going on in their 15-18 year-old worlds, and adding confinement to this makes it feel as though the seams are always just about to burst. This week, via a few pretty rocky moments, they somehow managed to channel their wild energy into the tracks they were writing and the instruments they were playing, to amazing effect.

We watched the strong characters begin to chill out a bit and focus on getting their parts/lyrics perfected and we saw the more reserved characters grow in confidence and find their voice.

Most importantly, it reaffirmed how offering people opportunities which allow them to explore their creativity in a safe and supportive environment will only bring good things. Many of the young men we met this week have had nothing to be proud of in their lives so this was a fantastic, if a bit late, introduction to what might be possible for them moving forward. It was a constant juggling act for the project team, but the music was wonderful and the young men were very impressive. An enormously satisfying week. 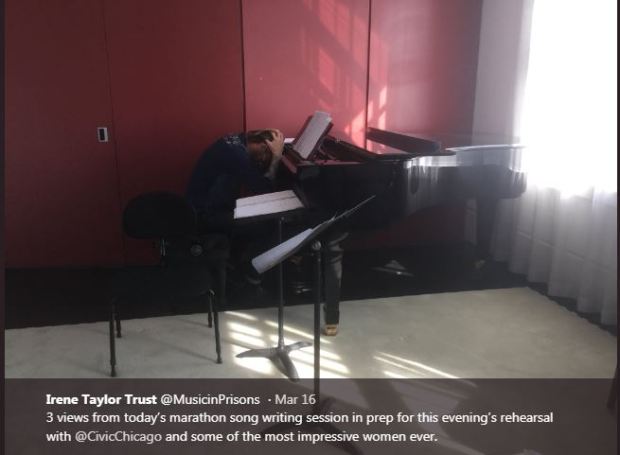 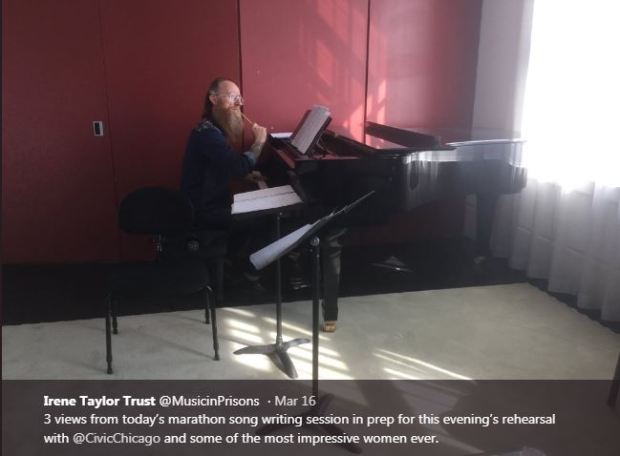 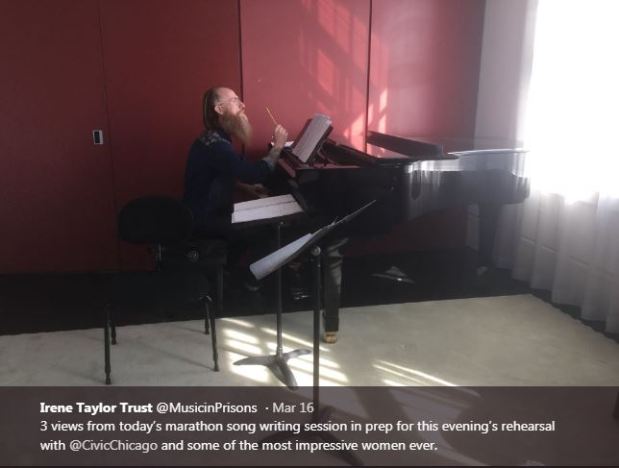 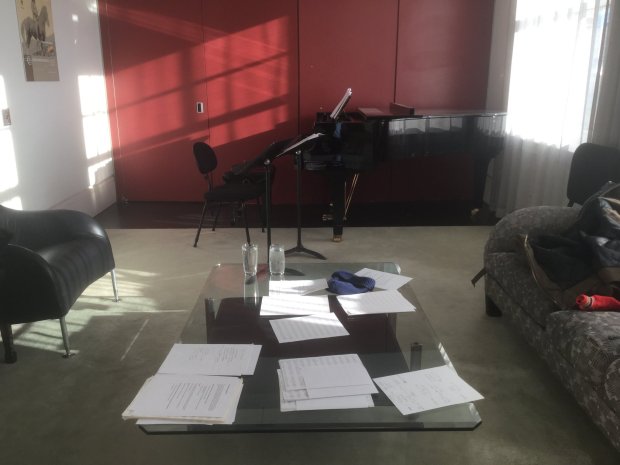 We’re coming to the end of an extraordinary 2 and-a-bit weeks in Chicago. There’s one more mission to accomplish; this afternoon we’re giving a performance of 13 songs we’ve written with a group of mums who have lost their children to gun violence in the city.

We met the mums just over a week ago, heard their stories then worked with them to craft lyrics and music. The rehearsal yesterday was tough as it was the first time we’d heard all 13 songs together and the lyrical content is immense.

However, the joy the mums have expressed at having the opportunity to work with us all, the laughs and tears there’ve been along the way and how proud and pleased they are to have created what is such a positive memory of their children, will hopefully be something they will also remember and cherish forever. 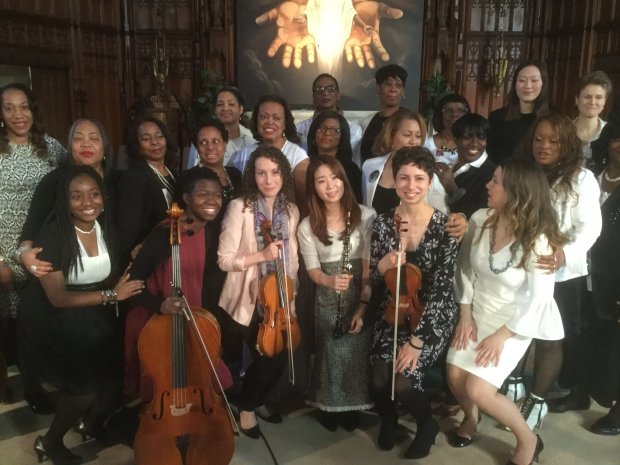 Over the past 2 weeks we have been quite busy. 15 young men in IYC Chicago wrote 5 songs and performed them to around 70 people. Yesterday, 14 mums wrote 13 songs and around 150 people came to listen and support them.

One of our group told me she had gone to pick up her friends on the way to the church but they weren’t ready so she drove off and left them. “Be late for today? Are you kidding me? No way.”

The songs were beautiful. Rex and I will be back in May to record them and then write some more with the remaining parents in the group.

“Thank you so much for an incredible hour of acquaintance. So looking forward to your song!”

We’re back in this wonderful city for part 2 of a project, writing songs of remembrance with parents and family members who have lost their children to gun crime in the city. Over the past couple of days, we have met a further 11 extraordinary people, who have shared their stories with us so that together we can write songs which are a fitting tribute.

We now plan to spend a few days crafting the material we have been given into something which we then take back and rehearse with them, see what they think, make changes, then polish up with the fabulous Civic Chicago musicians, ready for a performance in a week or so.

We have been given poems, prose, newspaper cuttings, photos and recordings of voices to help create the perfect songs for them. It’s pretty nerve wracking having to solidify the ideas into music, wondering if when we go back to present the draft version it’ll be something close to what they are hoping for.

Yesterday, we met one of the mums from the March group, who told us what an incredible experience it had been for them all and the buzz it had created in subsequent weeks, so we’re aiming for more of the same.

Off to work we go…