In November we are celebrating 25 years of the Irene Taylor Trust! We’ll be active on our website and social media platforms every day from the 1st November to the 25th, which officially marks our 25th anniversary!

The Covid-19 pandemic has sadly meant that we have had to amend plans for any live events, but despite the restrictions we have found ways to adapt and continued delivering our projects, which you can read about here. We will be marking the occasion online with lots of exciting content, including:

It’s day 1 of our 25th anniversary celebrations, so let’s start at the very beginning (a very good place to start): It’s 1995. Sara Lee, a recent Butler Trust award winner for her work as music coordinator at HMP Wormwood Scrubs, is asked by the Taylor family to set up a charity in memory of Irene Taylor, who had been on the awarding panel, a great believer in the benefits of music in prisons. Sara had no idea how to set up a charity, but that wasn’t going to stop her! With help from the Taylor family, prison contacts and old music colleague Nick Hayes, Sara started to develop the Music in Prisons programme…

25 years later it’s still going strong! As well as working in prisons, ITT has grown gradually in response to the needs of beneficiaries, in 2012 expanding to work in the community with former prisoners on the Sounding Out programme, and with young people from challenging circumstances on Making Tracks projects. 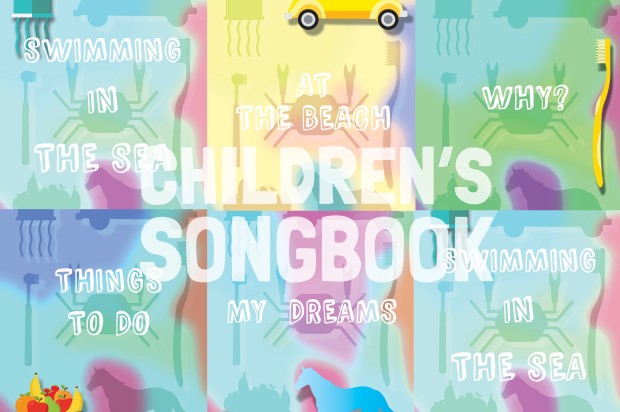 Over the last 25 years we’ve written some fantastic songs for children; now we’re delighted to share a Children’s Songbook resource with everything you need to make music with little ones! We’ve chosen 5 of our favourite children’s songs and provided full score & lyrics, backing tracks and the original recordings – check it out here!

To get you inspired, Minnie Birch, one of our amazing prison musicians in residence, has covered one of the songs:

Our first Reflections Webinar was on a subject very close to our hearts. Chaired by Artistic Director Sara Lee, we were joined by special guests Stuart Hogben (Education Manager at HMP Littlehey and Operations Manager for PeoplePlus), Michael Goodey (one of our Musicians in Residence) and musician Noble, who we have worked with on both Music in Prisons and Sounding Out. 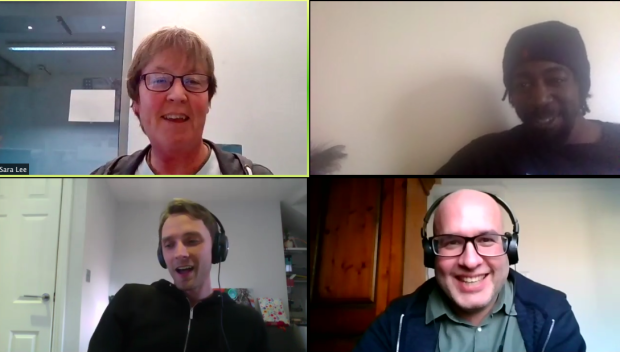 Here are just a few highlights from an inspiring and insightful conversation:

Why is it important to have music in your prison?

Stuart: “Music is a great vehicle for learning to work together, take criticism, spark imagination – it’s vitally important… It creates a buzz – it engages guys in wanting to join in – it has a knock-on effect.”

Michael: “It turns a dingy space into somewhere vibrant… It lets people get over bravado, let their guard down, share ideas… So many times a song tells you more about someone than you’d ever know otherwise.”

Noble: “Music means a lot – it’s how I express my life – happy/sad, you can relate to music… These kind of classes kept me going – music, creating something, I’m there… you’re helping people… It gives prisoners hope. Other people get to hear what you’re doing – you get feedback – it gives you confidence.”

Making the argument for music in prisons:

Noble: “In prison every day is the same – with music, every day is different – your mind’s active – it gave me a plan, goals… it inspired me.”

Michael: “It’s simple; being in prison IS the punishment – while there people need opportunities to break cycles and change pathways…”

Stuart: “Giving prisoners hope and skills is good for all society – it’s win-win… all the arts should be more valued in prison education.” 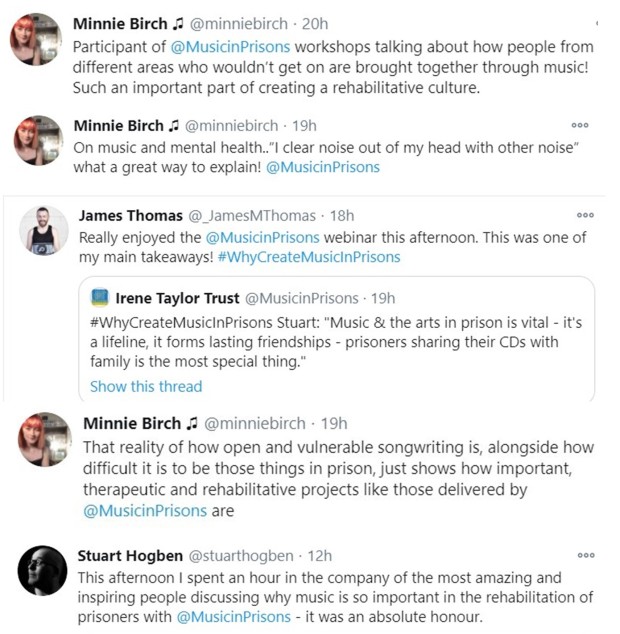 Join us for the next webinar! Info here. 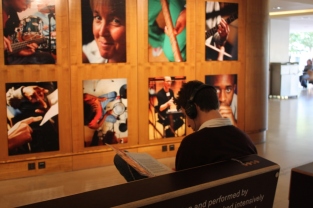 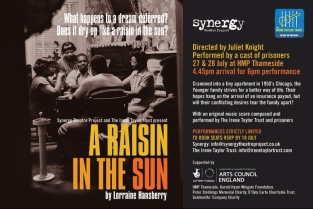 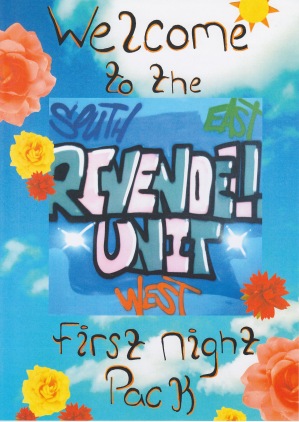 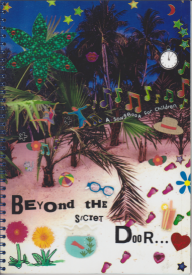 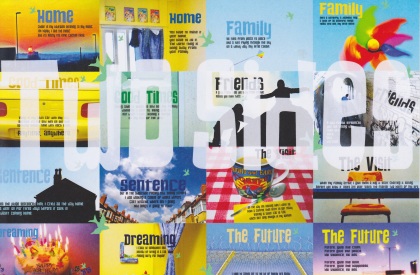 On Twitter and Facebook for an epic ‘Throwback Thursday’ thread we took a look at some of the special projects and collaborations Music in Prisons has been part of over the last 25 years! Teaming up with other artists/creatives/organisations has resulted in many wonderful cross-arts projects…

#ITT25 today we’re looking at #MusicInPrisons special projects & collaborations over the years for a #ThrowbackThursday extravaganza! Teaming up with other artists & organisations has resulted in many wonderful cross-arts projects… https://t.co/9cofQEKlq0

Including with writer Peter Stafford and artist/photographer Lizzie Coombes on award-winning songbook ‘Beyond The Secret Door’ (2003), ‘A Picture of Me’ (2006) and ‘Two Sides‘ (2012).

With Rideout (Creative Arts for Rehabilitation) on ‘A Bigger Sound‘ (2011) and ‘Ghost Songs of the Conscientious Objectors‘ (2019).

With Kestrel Theatre Company on original prison pantomime ‘Jack a Lad in the Beanstalk‘ (2018).

As part of our ‘Reimagined Songs’ project supported by Arts Council England, our professional musicians have created their own versions of songs from our projects over the years. Today ‘Mother Earth’, originally written on a Music in Prisons project, reinterpreted by Craig Fortnam, one of our musicians in residence, who also created this accompanying film:

7th November: Reimagined Songs – Let It Live Again & This House Is On Fire

ITT Music · ITT Reimagined Songs: This House Is On Fire (Music in Prisons)

This House Is On Fire – original Music in Prisons version

ITT Music · This House Is On Fire

As part of our ‘Reimagined Songs’ project supported by Arts Council England, our professional musicians have created their own versions of songs from our projects over the years. Today ‘Song Cry’, originally written on a Sounding Out project, reinterpreted by Abi Kitching, one of our project musicians, who also created this accompanying film:

We’re delighted to share the first of two films made by our musicians, of our musicians offering some amazing insights into our work. Nick Hayes has been an integral part of ITT since 1995 and has put together this brilliant film featuring many of the musicians who deliver our projects.

13th November: Sounding Out, the story so far…. 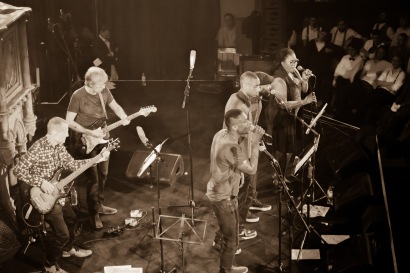 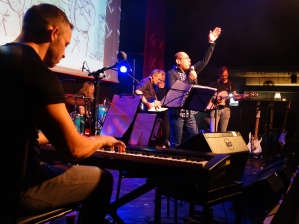 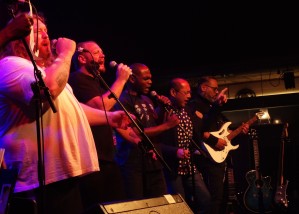 Today we celebrated the bands to emerge from the Sounding Out programme for former prisoners since it was established in 2012 – Platform 7, Inside Out, Multiplay and The Pinnacle – in a special blog which you can read here. It includes music and highlights for all four bands.

Supported by Arts Council England, ‘25’ was a special lockdown project to bring together ITT’s professional musicians and those from the Sounding Out and Making Tracks programmes to collaborate on creating original music online for an album celebrating 25 years of the Irene Taylor Trust.

As part of a project supported by Arts Council England, we are delighted to have worked with Stabl on a short podcast series ‘Changing The Record’ exploring the impact of our work inside and out of prisons. Episode 1 tells Patricia’s Music in Prisons story – it’s an emotional listen, but in a positive, uplifting way! Available in all the pod places, listen/subscribe on Apple Podcasts here.

#ITT25 #ThrowbackThursday – #YoungProducers was created in 2017 as a progression project for young people we’d first met on #MakingTracks, offering training in curating & producing their own events & a performance platform for young artists: https://t.co/7x0gdFUc3U pic.twitter.com/EmROOwHBpl 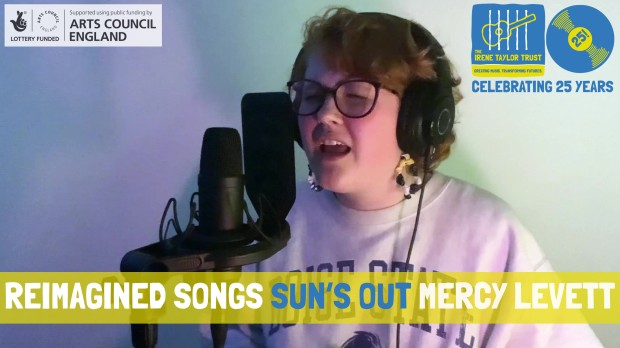 Mercy’s soulful cover of a Making Tracks classic is available to view here. 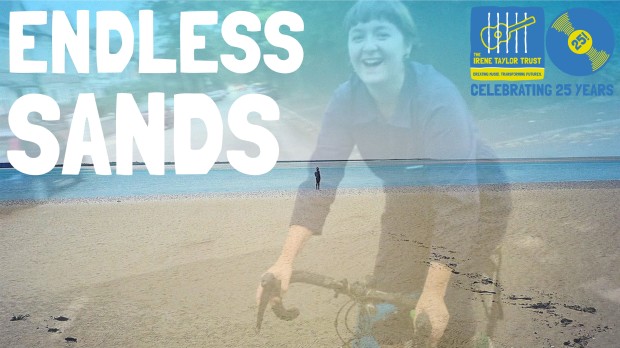 It’s our FINAL Musical Consequences (#9) – instigated and introduced by wonderful Abi Kitching, ‘Endless Sands’ is a bit of fever dream to see the series out, including a stirring recital of Ozymandias. The visuals were originally from the ‘Inside Out’ special Music in Prisons project in 2008, filmed by our fabulous long-term collaborator Lizzie Coombes – they’ve been messed around with to suit the music, dooming the team to endlessly setting up and packing away the equipment (isn’t that how it feels on every project?!). You can watch it here. 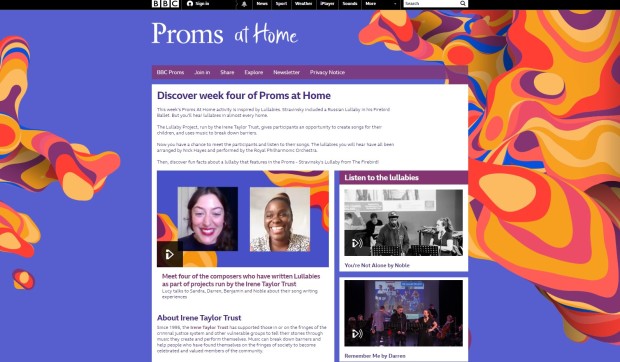 We are delighted that BBC Proms has given us permission to share this beautiful little film made about Lullaby Project for the ‘Proms at Home’ series, as part of our #ITT25 celebrations – watch it here.

Thanks to the brilliant panel for joining us to talk about the power of collaboration for #ITT25 webinar – chaired by @alison_frater, speakers @bynoe_m, @annaherrm, Jonathan McCormick & Sara Lee pic.twitter.com/BErxvRBUJg

Listen to ‘Changing the Record’ on apple podcasts here.

Sign up below to our social media platforms to make sure you don’t miss anything! We’d love it if you could help spread the word to your own followers/engage with comments please.

We’re so proud of how far we have come and how much we have achieved over the last 25 years. If you’re interested in helping us continue to flourish for another 25 years (!), please consider signing up as a Friend or making a one-off donation in support of our work.

In the run up to and during November we’ll be sharing some special tracks created by some of our wonderful project musicians in a unique way during lockdown; they played ‘musical consequences’, each starting a track, then passing it round to the others to add layers and edits in turn, until everyone had contributed. The results are astonishing, displaying the amazing talents of the musicians we’re so lucky to work with – from reflective, to groovy, to incredibly funny, these songs have it all and show why we’re such advocates of making original music together!

These are a few of our favourite sings

During lockdown the team chose some of our favourite tracks from our projects to share on social media. Have a listen below. 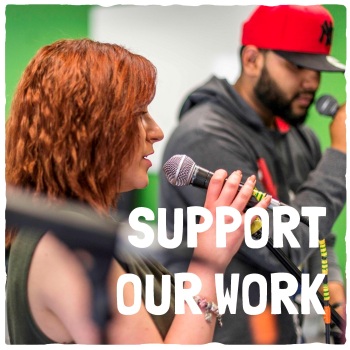